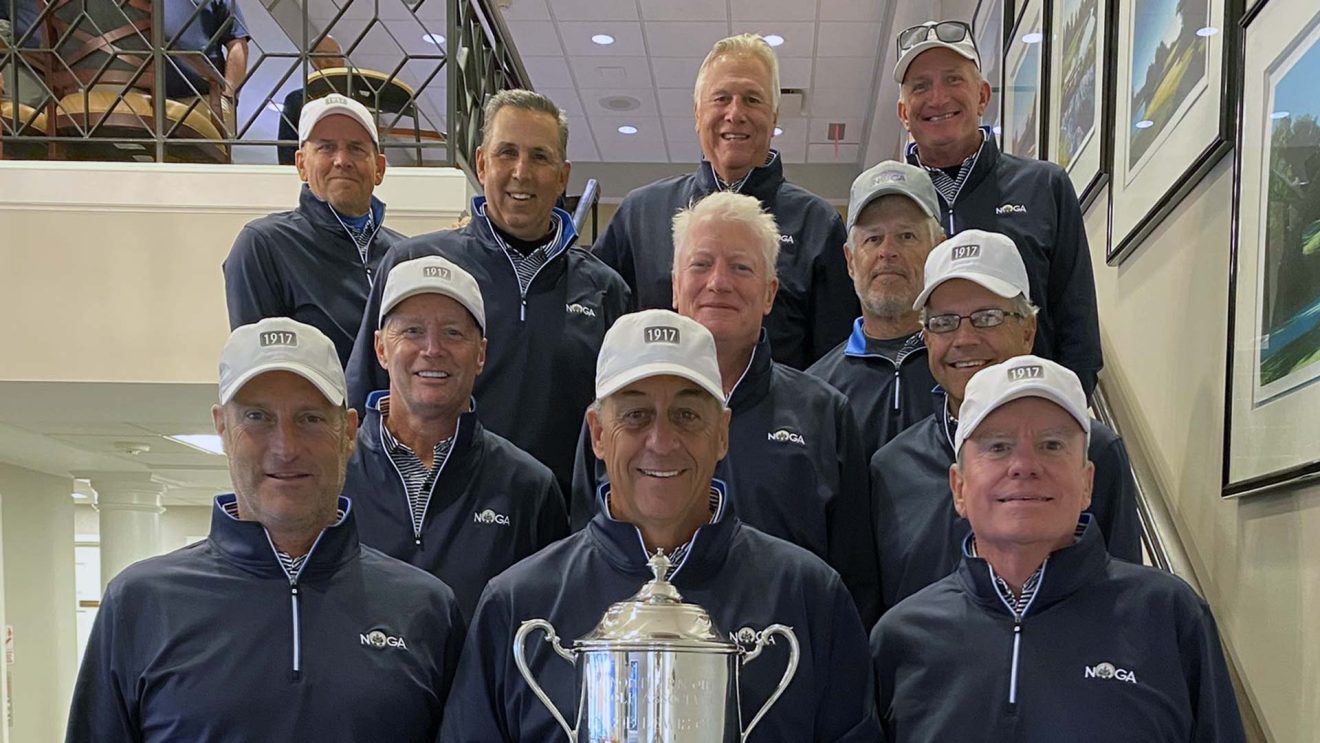 Members of the Senior Team, the 2021 Lewis Cup champions.

The inaugural Lewis Cup, conducted by the Northern Ohio Golf Association and played at the North and South courses of Westfield Country Club, has its first winning team.

The Senior Team defeated the Amateur Team by a total of 15-9 after Saturday’s Four-Ball and Foursomes matches followed by Sunday’s 12 Single Matches.

On Saturday, the Seniors won the Four-Ball matches 5-1. In Foursomes (alternate shot), the Amateur team bounced back to tie the Seniors, making the Saturday total score 8-4 heading into Sunday.

Opening the Singles Matches on the links-style North Course at Westfield Country Club, the two captains faced off against each other, with Guest getting the better of Blechschmidt, 3 & 2.

Regardless of the margin of victory, after the success of the weekend the Lewis Cup will be back next season.

“This was an awesome event,” Blechschmidt said. “It was an honor to be a captain and I hope to play for many more years to come. I hope next year our Amateur Team will come out firing strong. It’s a great venue here at Westfield and NOGA did a great job. I look forward to next year.”

“Our team did a great job and everyone played well,” Guest added. “I was a little surprised we won the singles today but everyone pulled through and did great. The Seniors, we have all known each other a long time. It’s just a lot of fun to play.”

The Senior Team had an outsized advantage in “competitive strength”: 10 of the Top-12 ranked NOGA Senior Player of the Year members played on the team, with the 14th and 17th ranked players filling out the squad. On the Amateur Team, only 5 of the Top-12 NOGA POY players competed, with invites required to the 17, 18, 23, 24, 25, 40 and 43rd ranked players to get to 12 members.