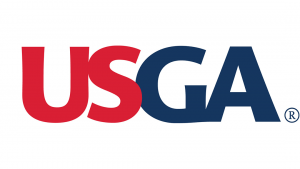 Robert C. Lewis Jr., a Warren Ohio native and a veteran of six Walker Cup Matches, has been named the recipient of the 2021 Bob Jones Award, the United States Golf Association’s highest honor.

Presented annually since 1955, the Bob Jones Award recognizes an individual who demonstrates the personal character and respect for the game exhibited by Bobby Jones, the winner of nine USGA championships. Jones’ integrity and spirit are considered the gold standard in golf.

The award recognizes Lewis’ enduring sportsmanship, which has endeared him to teammates and opponents alike during a competitive career that spanned more than four decades. Jones has demonstrated an appreciation for the spirit of the game by showing grace in both victory and defeat and has been unwavering in his personal accountability on and off the course.

“I am so deeply humbled to receive this award,” said Lewis. “To be included among such a special group of influential figures in the game who I love and respect moves me beyond words.

Lewis is a member of the Northern Ohio Golf Association (NOGA) Hall of Fame, inducted in 2003.

READ THE FULL STORY ON USGA.ORG >