The 11th annual SCAGHOF Induction Ceremony will be held on September 29th at Arrowhead Golf Club in Canton. In addition to honoring this year’s Hall of Fame class, the winners and runners up from the 2021 Stark County Amateur will be awarded their championship plaques. [ 2021 SCAGHOF Ceremony Reservation Form > ] 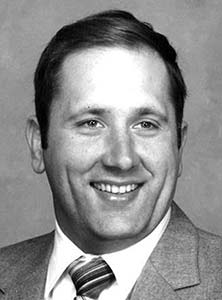 A stark county native, Randy Grew up in Perry Township. He came from a golfing family and worked for his grandfather Maurer, a greens superintendent. Randy started playing golf when he was about fifteen years old. His love for the game led him to become a professional. Randy began his professional golf career in 1973 at Arrowhead Country Club, North Canton, Ohio. He was an assistant golf professional for fifteen years. He moved on to become the Head Golf Professional at Coshocton Town and Country Club and was an assistant golf professional at Firestone Public Golf Course and driving range in Akron.

He had the honor of being inducted into the Northern Ohio PGA Hall of Fame in 2018 and a year later won the prestigious Horton Smith Award. The OHSA and the OHSA coaches division were honored to have had his assistance and are equally honored to see his induction into the SCAGHOF. 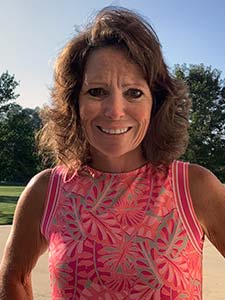 Shirley Trier picked up a club and began her golfing journey at four years of age. As an eight-year-old, she was the first female to play in the Good Park Boy’s tournament. Shirley competed on the boys’ varsity golf team at Ellet High School. She was the first Ohio High School girl’s State Champion. At The University of Iowa, she was twice awarded all-big ten conference team and individual honors. She competed on the Symetra Tour before reinstating her amateur status. When not competing, Shirley gives back to the game by serving as Executive Director of the Women’s Ohio State Golf Association. 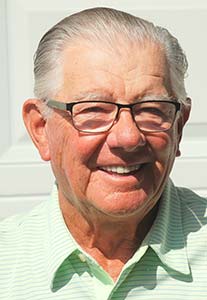 Jim comes to Canton from Springfield, Ohio. As a player on the Wittenberg University golf team, Jim won the Ohio conference individual Championship. The following year he took second place when Jack Nicklaus won the event. The Columbus Country Club employed him as an assistant golf professional.

In 1973 he became the head professional at Brookside Country Club, where he served until his retirement thirty-four years later.

In addition to Wittenberg University Hall of Fame, Jim has a place in the Northern Ohio P.G.A. Hall of Fame and the Ohio Golf Hall of fame. Jim’s selection in the Stark County Amateur Golf Hall reflects his thirteen years of volunteering at the First Tee of Canton, serving on the board for ten years. Jim continues to give young amateurs valuable life and golf skills. The following list is nonconclusive. 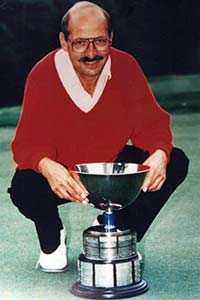 In high school, golf was a distant second sport for Joe. He holds a place in the Orange High School Hall of Fame for his basketball prowess, once scoring almost fifty points in a game. Joe was even awarded a basketball scholarship at Bowling Green State University. Shortly thereafter, Joe transferred the scholarship to golf.

At the University of Akron, Joe served as an assistant basketball coach and the head golf coach.

After retirement from the State of Ohio as a Regional Liaison for the Secretary of State and the Attorney General, he managed the Pine Valley Sports Driving Range, where he enjoyed working with young golfers sharing his insights on golf. This marks the sixth hall of fame of which he is a now a member.

Turkeyfoot Has Been Sold?