The Fall Zoar 2-Man Scramble was played on a summer-like Saturday October afternoon. 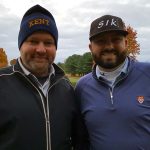 The team of Mike Simpson and Ryan Culbertson used two back nine eagles to nip the team of Kevin Miller and Mitch Levengood by one.

Culbertson holed a wedge from 105 yards on the par-4 16th hole to be the difference maker.

The top pair won this same Zoar Fall scramble event in 2020 (photo above from that chilly year).

There were three skins won on the day worth $320 each: the hole out on 16 from Simpson/Culbertons; an eagle two on #2 from Justin Trezbuckowski and Zoran Karic; and a birdie-2 on the long par-3 13th by the Lee Hood father/son team. 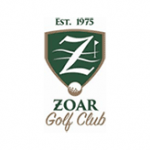 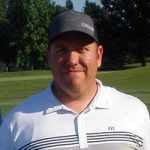 Tim is the Tournament Director at Zoar Golf Club.