It was a day for birdies as the Northern Golf Association conducted its Great Lakes Auto Stroke Play #2 at Tippecanoe Country Club in Canfield.

In the Open Division, Shaun Kloetzer, Garrett Frank and Doug Barber all finished tied for first place with a 1-under par round of 71.

All three players finished strong at the end, but it was Barber who had the best story.

“I was a couple over on the first nine with back-to-back bogeys on 16 and 17,” Barber said. “Played consistent on my second nine and drove it really well and was able to capitalize on the par 5’s. Then on the last hole I rolled in a 45-footer for birdie.”

Kloetzer had a similar start to Barber. “I started on 10 and had a six-footer for birdie and ran it too hard past and three-putted for bogey,” Kloetzer said. “I bogeyed another hole early so was 2-over and was pretty proud of myself the way I was able to rebound from that.”

“I got off to a little bit of a slow start,” Frank said. “I had a couple of good birdie looks in the beginning and couldn’t get any of them to go down and scrambled for pars. I didn’t hit it great most of the day but I found my way and made some pars. Made the turn and was feeling pretty good.” Frank finished with a clutch birdie on his last hole to match the leaders.

In the Senior Division, Nick Lambos and Monty Guest tied for first place after both finished with an even par round of 72.

“It was a fun day,” Guest said. “I always love coming to Tippecanoe to play. It is a great golf course and is always in great condition. It was a little bit wet today and that made it a little bit tougher, but it was a good day. A couple of lip out putts but a pretty solid round and I really enjoyed it.”

“I was playing pretty consistent and then some rains came in,” Lambos said. “I hit a 7-iron into 16 and had about a 100 foot putt and made a bogey there.”

Tom Baugh finished in third place in the Senior Division with a 1-over 73.

In the Super Senior Division, Tom Begley won with a 2-over par 74. 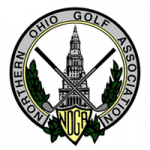 Next Chippewa Scratch League Rained Out