In the 70+ Division, past champion Joe Hedrick of Akron (above) returned to the winners circle after playing the course at a sizzling 5-under par 67. Terry Szwast (New Franklin) was second at 71 strokes. There was a tie for third as the champion the past two years, Tom Stack and Fred Martin both finished at even par. There were 5 skins in the Age 70+ Division ($26 ea.) 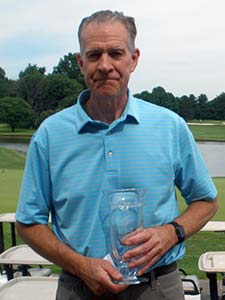 The 60+ Division had a champion successfully defend his title. Jim Hercheck of Chagrin Falls (left) carded a 68. Randy Crider (Brunswick) was one stroke off of Hercheck’s pace and Mike Mann (Carrolton) was third with 71. Kim Miller (New Philadelphia) was fourth at even par. There were 3 skins won in 60+ ($50 ea).

The 50+ Division Champion is Doug Rockich of Green (below) after shooting a stellar 69. His front nine was played in just 31 strokes. Fred Gintert (Peerland, Tx) was second with a 71 and Dave Peck (Macedonia) finished in third place with a 73. There were 9 skins in Age 50+ ($10 ea.) 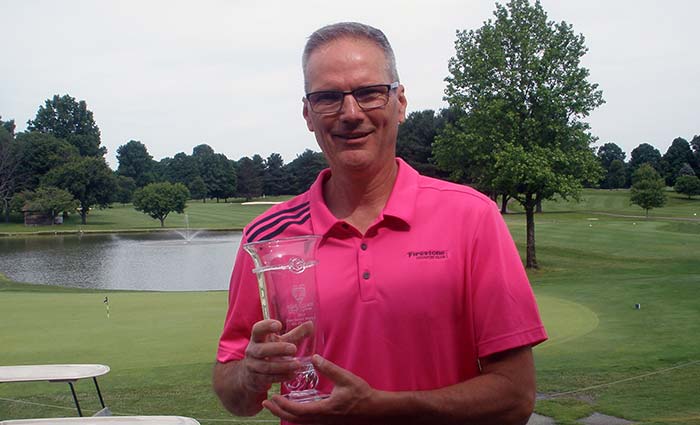