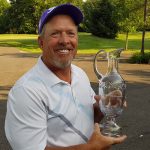 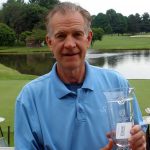 The team of Randy Crider and Jim Herchek posted a superb 12-under par score of 60 to claim first place honors and a four-shot victory.

Mike Marchand and Bruce Dean were next at 64. There was a three way tie for third place money as Gary Alberts & Keith Troyer, Steve Bedell & Frank Livak and Joe Hedrick & Jim Tarter all posted 65’s.

Next FINAL RESULTS: 2019 ADGA Golfer of the Year Tournament