On a golf course full of damp, tangled, gnarly, thick, deep rough (yes, the rough was five adjectives evil), those three players shot a 2-under par score of 69 to earn their way straight through to Sectional Qualifying.

With seven Sectional qualifying spots on the line for the day, that left five players sitting at 1-under par 70 to try to earn one of the four remaining passes via a playoff.

Perhaps the most exciting entrance into the playoff was made by Green High School star Maxwell Moldovan. Playing in the final group off the front nine in the afternoon wave, Moldovan stood in the middle of the 18th fairway knowing he needed to make birdie to get inside the number. And all of the players and fans on property knew it, too, so they gathered around the green to watch. Moldovan did not disappoint: he nearly holed his second shot on the fly, spinning the ball back to eight feet. Then when it was his turn to putt, Moldovan made it center-cut, sending a fist-pump toward his father John — who was doing a fist-pump of his own.

Austin Graham, Western PA high-schooler Skyler Fox and Nate Thomson were also part of the in-with-70 party, as was the host PGA professional, Beechmont’s Jaysen Hansen. Hansen played the steadiest round possible that still had a chance to qualify: in the morning wave, he made 17 pars and one birdie.

After some scoreboard calculations, all five players at 70 headed to the first tee at Beechmont for the playoff.

Host pro Hansen hit his tee shot into a terrible lie in the right rough, forcing him to hack out a low shot toward the green that ran over the back and finished long-left. The other players, sitting in the fairway or just in the first cut, all saw Hansen’s result and played smartly and conservatively to the green, knowing that long-left at the first hole at Beechmont is a super-tough up-and-in. 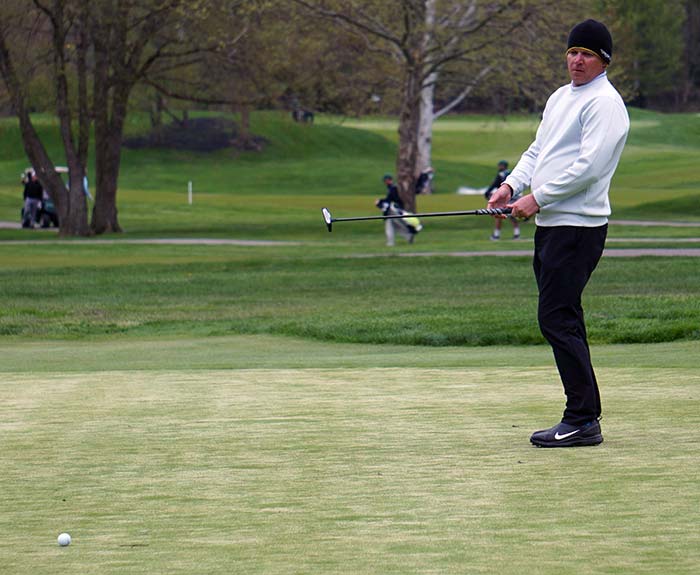 Hansen was only able to gouge the greenside chip to 15 feet, leaving him a side-winder for par which he missed on the low side (above). After a series of lags, tap-ins and a downhill birdie putt by Thomson, Hansen was on the outside looking in as first alternate. 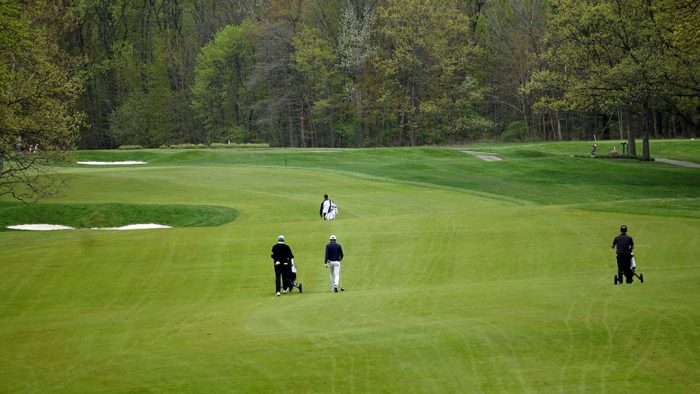