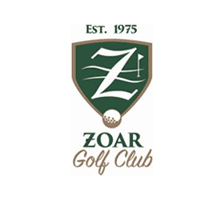 Zoar Golf Club hosted its 2018 tournament season opener, the annual 3-Man Stepback Scramble on a brisk, windy last Saturday of March. The format of this event is unique: the player whose shot is chosen “steps back” for the next shot and lets his partners handle it.

The Stark County team of Mark Schneider, Kent Monas and Josh Prok emerged as winners by a single shot with a score of 9-under par 63, which was fantastic for the conditions.

Schneider and Prok were co-defending champions of the 2017 Stepback event, having then partnered with Mark Thomas who is currently recovering from shoulder surgery.

Five teams tied for third at 66 strokes, 6-under par:

and Tyler Watkins (above), Matt Warren and Alex Loftin.

There were two skins won on the day, good for $465 each: the Brandon Shannon Team made an eagle on the par-5 7th hole; and the Hepner/Gasser Team earned a skin with a birdie 2 on the 165 yard par-3 15th.

A full field of 31 teams (less one no-show) competed on Saturday at Zoar.

The next event on the Zoar Golf Club schedule is the Zoar Spring 2-Man Scramble on Saturday, April 28th. Get your entry in soon, as this event will likely sell out too… 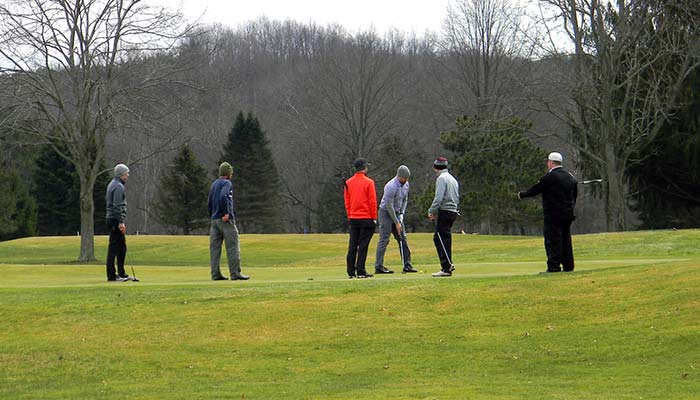