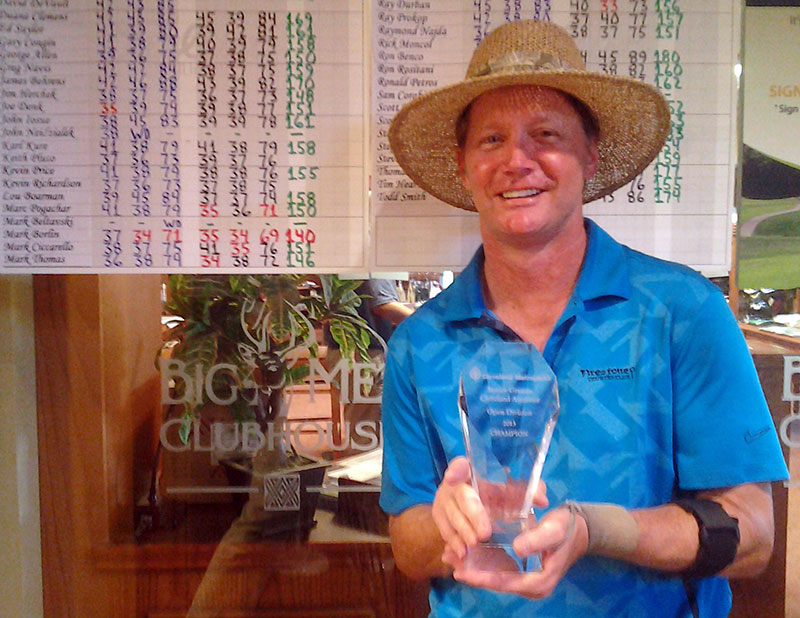 Mark Borlin of Solon turned it into a cakewalk in the 2013 Senior Cleveland Amateur Golf Championship at Big Met.

Posting a second-round 69 on Thursday to go with his first round score of 71, Borlin was entirely in command on his way to a total of 4-under par 140.

That earned Borlin a six-shot victory over Mark Thomas of Jackson Township.

Borlin finished as the runner-up in last year’s Championship in his first year eligible, missing a putt at the final hole to force a playoff. No such worries this time around.

Dave Kaldy made a hole-in-one on the 4th hole with a 6-iron from 167-yards during Wednesday’s first round.