Jackson Pinney (Hunting Valley) had a career day as well, shooting 35-34–69 (-2). This was Jackson’s first time career round in the 60s. And it’s pretty special to shoot a career low at Tour championship. Jackson had two birdies and one bogey on the front nine, and two birdies and one bogey on the back nine. He holds a nineteen shot lead over Lincoln Miller (Concord) 44-44–88 (+17). 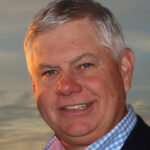