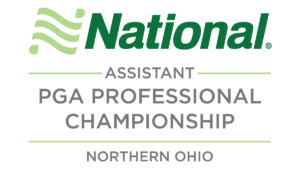 Twenty-five Northern Ohio PGA Assistant Professionals will compete for a chance to play in a national tournament on Tuesday at the Mayfield Club.

Three others will earn alternate spots.

Balcar, who played at Cleveland State, won the championship last year when it was held at Weymouth Country club with rounds of 66-73 for a five-under 139. de Lelys, finished second with rounds of 73-70—143.

The field also will have to contend with Jim Troy, who recently won the NOPGA Professional Championship for the second straight year two weeks ago. A status change enables Troy, who recently became a PGA Assistant Golf Professional at Windmill Golf Center, to qualify to compete as an assistant. The 41-year-old from Strongsville previously was a regional sales manager for Honma Golf USA.

Steve Parker Elected to National PGA Board of Directors