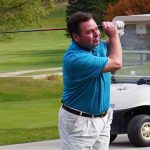 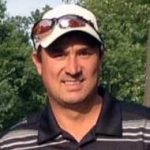 The league kicks off its first official week on Wednesday, April 13th.

Tee times for the first nine holes each Wednesday are between 2:30p and 3:00p sharp (do not be late!).

The second $20 nine hole game is played in conjunction with the Wednesday league. The second nine hole skins pot will likely be a bit bigger, since many players from that league also toss in.

Pros may play in these Wednesday skins games as well, but must pay $30 for each 9-hole pot.

There are no advanced signups required to play on any Wednesday of this come-when-you-can series; simply show up at Fox Den before 2:30p for the first nine holes or before 4:30p for the second nine holes and you will be paired on the tee with other players.

All greens fees and skins entries are paid at the pro shop counter prior to play. Remember, DO NOT BE LATE: check-in for each nine closes at 3p and 5p respectively, no late entries accepted!

Joe is the PGA Golf Professional at Fox Den Golf Course in Stow.

Carry-Over, Double Carry-Over in Play This Wednesday at Fox Den!

Next Construction Finally Set to Begin on Akron's BigShots Golf