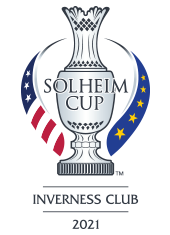 David Griffith will take a few days off but that does not mean he will stop working.

Griffith, in his second year as the Executive Director of the Northern Ohio Section of the Professional Golfers Association of America, has been selected to serve as a rules official for the playing of the 17th Solheim Cup at the Inverness Club in Toledo, Ohio, this weekend.

Similar to the Ryder Cup, the men’s event that will be played for the 24th time September 24-26, at Whistling Straits in Haven, Wisconsin, the Solheim Cup has become the most highly coveted trophy in women’s professional golf.

“This is a great honor, one that came out of the blue and one that I never anticipated,” said Griffith. “I am extremely proud to be able to represent the Northern Ohio PGA Section. I am beyond excited and have been ever since the call came a few weeks ago. As far as officiating this is the top for me.”

Griffith has been told he should be prepared to walk 36 holes each day of the competition, which runs Saturday through Monday.

“Like any rules official, I hope that my services are not required,” he said. “You always hope everything runs smoothly. We are there to help the players if a situation arises.”

Griffith, 48, is a graduate of Hudson High School in 1991 and Kent State University in 1996. He played golf under Rob Yanko at Hudson and Herb Page at KSU, rising from a non-scholarship player as a freshman to receiving some aid and playing in every event as a senior.

He was part of three consecutive Mid-American Conference championship teams that advanced to the NCAA regionals four straight years while playing alongside players such as Donnie Darr, Rob Wakeling, Eric Frishette , Kevin Kraft, Jimmy Logue, John Bernatovicz, Todd Lancaster, and Bryan DeCorso. It was during that time that KSU established it reputation as a collegiate mainstay.

It was under Nageotte that Griffith developed his keen interest in the rules of the game.

“I learned practically everything from Joe,” Griffith said. “He was highly instrumental in my development of knowing the rules and how to deliver them.”

He continues to attend rules workshops conducted by the PGA of America and the United States Golf Association and has officiated at various events throughout Ohio.

Griffith lives in Boston Heights with his wife, Joyce, and 16-year-old son, Cameron.