We’ve seen it hundreds of times before.

You get the point, right?

It’s a natural progression and it has been going on since the days of balata balls, peach baskets and leather helmets.

It’s also an on-going concern that hangs over the heads of mid-major administrators the way a bogey nags at a Tour pro.

Kent State University has had its share, for sure. Jim Christian (to Texas Christian), Gary Waters (to Rutgers) and Darrell Hazell (to Purdue).

“It is something that I think about with all our coaches,” said KSU Athletic Director Joel Nielsen. “You always worry that they’ll have other opportunities. It’s a good thing any time you have success, but the other side of the coin is that other people will begin recognizing that success and end up contacting your people.” 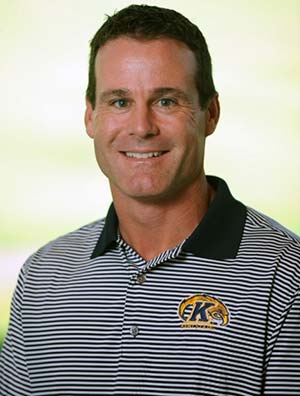 It only stands to reason that Nielsen and director of golf Herb Page worry that Robertson could be the target of one of those programs with a big reputation. Under his tutelage the program has had three terrific seasons and is on its way to a fourth.

The Lady Golden Flashes are ranked 14th in the country by golfstat.com. With a roster full of talented underclassmen, they have won three tournaments and have finished in the top two in seven of nine events in the 2016-17 season.

His contract expires at the end of the season.

Ah, life in the mid-majors lane.

For now, at least, Nielsen and Page can relax.

Robertson, who came to KSU in June of 2013 after 11 strong seasons as an associate head coach Purdue, says he has no plans of teeing it up elsewhere.

“I haven’t really thought about it,” said Robertson, a native of New Mexico. “First, I am very happy at Kent State, perfectly content. Hopefully, I can be here for a long time.”

Of course, anything can happen (see Dambrot and Duquesne), a fact that Robertson acknowledges.

“Who knows what’s going to happen?” he said. “The toughest part for me is being so far from home. But all things considered . . . the quality of life here . . . the resources to be successful here, such as the practice facility and the support of the administration, it makes this job tough to beat. Plus, I feel we have some unfinished business here.”

That is a reference to the Lady Flashes’ performance in each of the last three regional tournaments, where the difference between success and failure can be a wayward drive here, a misguided approach there and a few miss-read putts anywhere. Its margins of error? They missed qualifying for the NCAA nationals by one shot, eight shots and two shots.

“It’s never easy to walk away from the regionals knowing you were that close,” he said. “Eleven shots over three years?” 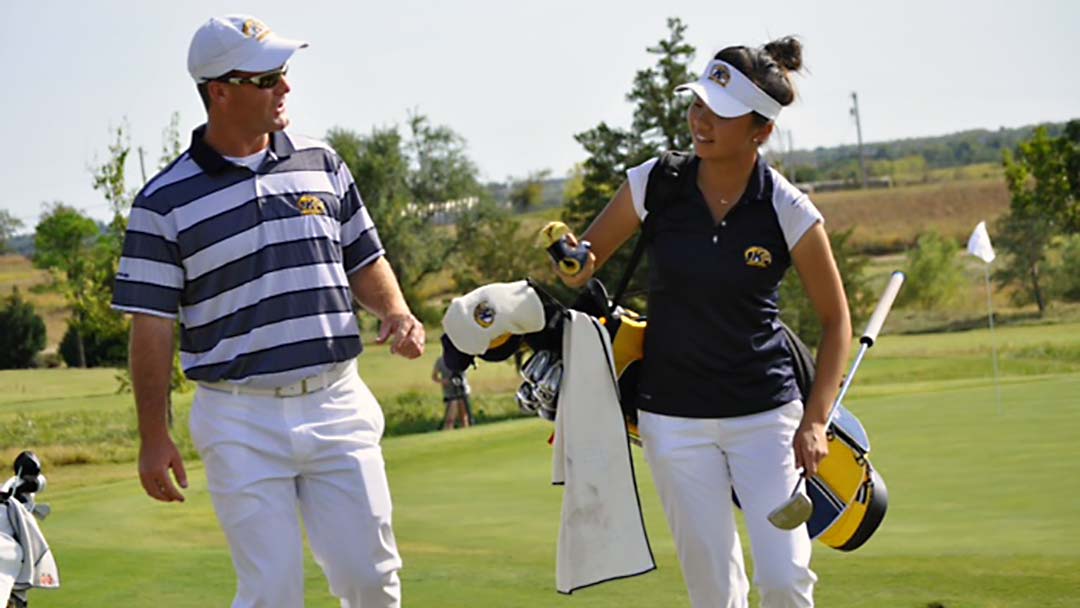 One of Robertson’s goals upon arriving at KSU was to build on what former coach Mike Morrow started and elevate the women’s program to the status of national championship contender. He is convinced he can make it happen and that would be unheard of because a mid-major program — let alone one from the northern temperate zone — has come close to winning a national title.

He also has a championship resume. After red-shirting his freshman year at Oklahoma State, he helped the program win the NCAA national championship in 1995 while earning a degree in sports science in 1997. With one year of eligibility remaining, he transferred to New Mexico, where he competed and worked on a master’s degree in sports administration. He played professionally for two years, caddied for his sister in the U.S. Women’s Open and carried the bag of former Purdue star Maria Hernandez in Q-school, in the Open and on the LPGA Tour.

With their drivers pointed at an appearance in the NCAA regionals and nationals, the Lady Flashes will attempt to win an unprecedented 19th straight Mid-American Conference title when the tournament is held at Silver Lake Country Club on April 21-23.

After that, who knows?

Next An Easy Fix to the Lexi Melodrama