Sometime during the winter of 2004, five members of Canterbury Golf Club got together to hatch a plan.

As they looked out over the snow-covered greens and fairways from the elegance that is the Picard Room, they swapped ideas. Suggestions were made, concepts discussed, opinions expressed, intentions explained. 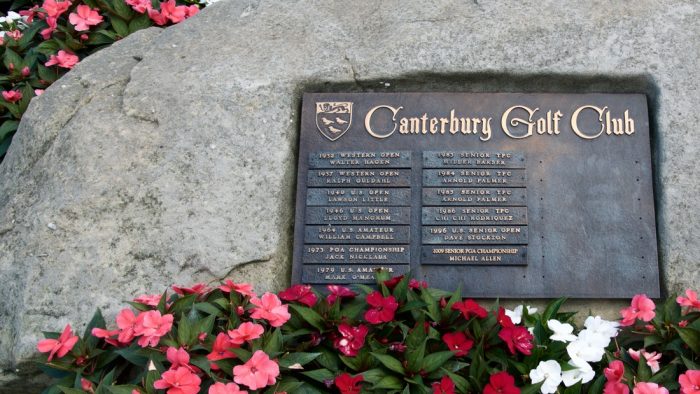 The group wanted to add another chapter to Canterbury’s legacy of playing host to star-studded events. Canterbury’s illustrious history includes playing host to 13 majors between 1932 and 2009. The club, which sits in the Cleveland suburbs of Shaker Heights and Beachwood, is one of only two in the country –- Oak Hill in Rochester, N.Y. is the other –- to play host to the five men’s major championships that rotate sites: the U.S. Open, the PGA Championship, the U.S. Amateur, the U.S. Senior Open and the Senior PGA Championship. And for the second year in a row, the club will play host to the Web.com Tour playoffs in the DAP Championship, Sept. 21-24.

As the group talked, they felt it important to keep the event local, with the theme of giving back to the community. At the same time they wanted to pay tribute to Canterbury’s beloved caddie master, Mike Kiely.

So, thanks to the efforts of Craig Fraser, Tony Asher, Bill Keller, Frank DeFino and Leonard DeFino, the Kiely Cup was born.

The event, now known as the Heritage Foundation Kiely Cup, is a high school tournament that annually attracts some of the top programs throughout the state of Ohio. It will be played Sept. 10-11 this year.

What started as an 18-hole one-day tournament and cookout between 12 schools from Northeastern Ohio has blossomed into a 36-hole, two-day extravaganza that features 15 of the most notable programs in the state and a formal banquet. 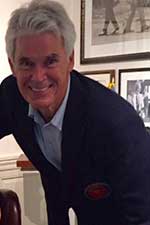 “We wanted to find a way to give back to the community and felt one of the best ways was to give some high school kids the opportunity to play a great course like Canterbury,” said Fraser.

Fraser, a native of New Hampshire but a Canterbury member for 34 years, has been the tournament’s director for all 13 editions. He also serves as the historian, photographer, media relations officer and innovator.

Yet, he deflects the attention to Kiely, who has been at the club for the last 52 years.

“The Kiely Cup is truly about Mike, the respect the membership has for him and what he has meant to Canterbury, the caddie program and his love for kids,” said Fraser. “What better way to connect his legacy than to stage a high-grade high school tournament?”

No doubt Kiely has many fans at Canterbury and beyond. None, however, are bigger than Fraser.

“When all is said and done, Mike’s legacy will shine even brighter than today,” Fraser said. “Thanks to the effect he’s had on so many young men and women who have caddied for him. When you caddie for Mike, you learn more than golf and how to carry a bag. Over the years I have watched him be a priest, father figure and mentor –- you name it — to hundreds of kids. There is only one Mike Kiely.”

While growing up in New Hampshire, Fraser learned the game as a caddie at Manchester Country Club.

“Back then we carried two bags and earned six bucks,” he said. “Of course, gasoline was 19 cents a gallon.”

Fraser said he begins work on the event shortly after the state tournament. He sends out invitations in late December and early January.

“Most of the coaches we contact respond promptly,” he said. “We are always looking to invite new teams, while keeping some of the local schools involved. We also try to make it a fair cross-section of teams, public, private and parochial, from all three of the divisions. Picking the invitees is one of the hardest parts of the job.”

Once again, Fraser has assembled a solid, high-caliber field, full of reigning individual and team state champions for this September’s edition… 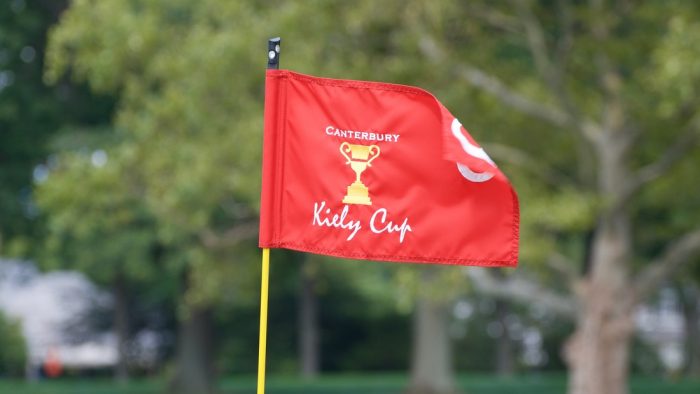 CENTERVILLE: A fourth-place finisher at Canterbury last fall, the Elks were eighth in the Division I state tournament.

DUBLIN JEROME: The Celtics return four starters, including third-place finisher Blake Solomon, from the team that finished third in Division I.

GILMOUR ACADEMY: The Lancers have three returnees from last year’s team that finished ninth in the Division II state tourney.

GREEN: The Bulldogs, 10th in both the Kiely Cup and Division I state tournament last year, have a chance to make a run at a state title behind returnees Cade Breitenstine, Miles DeMuesy, Max Moldovan, Jordan Conjerti and Claude Smith.

ST. XAVIER: The Cincinnati school is both the reigning Division I state champ and Kiely Cup champion. Sources say the Bombers may contend again.

STRASBURG-FRANKLIN: A newcomer to the tournament, the Tigers are coming off a third-place finish in the Division III state tournament.