Is a man best measured by his successes or failures?

If your name is Casey Schrader it can be measured both ways. 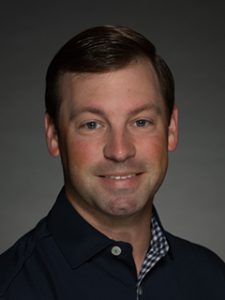 Schrader, who will be one of 202 entrants in the 97th Davey Tree Ohio Open when it opens Monday and runs through Wednesday at Weymouth and Fox Meadow, can be categorized as one of the Northern Ohio PGA’s rising talents.

Currently the assistant to Rob Moss at the Pepper Pike Club, Schrader, 30, burst into local prominence during the 2015 season when he was named as the NOPGA Section Player of the Year following a season in which he won six times and had another seven top-5 finishes.

“He dominated the Section in 2015,” said Moss, a rare three-time winner of the Ohio Open, the region’s most prestigious event outside of the Bridgestone Invitational. “I think it’s safe to say Casey is one of the top assistants in the Section. He has a vision for what he wants to accomplish. He is a very pro-active guy. He is very driven and hard-working.”

This will be Schrader’s second appearance in the Ohio Open, in which pros and amateurs will play 18 holes at each course, with the final 18 being played at Weymouth after the field is trimmed to the low-50 and ties.

Schrader, a native of Delray Beach, Fla., finished in a tie for 13th in his Ohio Open debut in 2014. 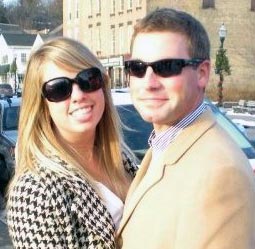 He was unable to compete in 2015 because of a scheduling conflict, one of the biggest: he and his wife, Evan, welcomed twin girls, Lawson and Reagan, on July 6th.

“I was a little busy,” said Schrader, a graduate of Lynn University.

Evan Schrader is a native of Chagrin Falls, where the couple currently lives. They met during their collegiate years in Florida and when Evan expressed a desire to return to Northeastern Ohio about six years ago, her husband did not stand in the way.

A devout man of faith, Schrader, 30, does not take his role as a father lightly.

“The girls are the greatest thing that has ever happened to me,” he said. “They are growing up way too fast. I’ve already tried to delay that process, but I know I can’t stop it. I want the girls to stay just the way they are right now, but I know that’s impossible.”

Now that the life of being the father of twins has somewhat mellowed, Schrader has been able to return to a more consistent playing schedule. He has picked up where he left off in 2015.

He has made the cut in six of six events in 2017, won the Pro-Assistants Championship at Mayfield Sand Ridge and has four other top-15 finishes.

It was Schrader’s religious faith that helped him deal with one of the toughest setbacks of his competitive career late last month. After rounds of 73-71-69, Schrader was in the thick of what would become a playoff at the PGA Professional Championship (also known as the Club Pro Championship) at the Sunriver Resort in Sunriver, Ore.

With four holes to go, Schrader was right near the lead with a chance to grab all the perks that go with winning the event: a $50,000 payday, exemptions into six PGA Tour events in 2018, a chance to play in the PGA Championship at Quail Hollow (N.C.) next month and a lifetime exemption into the PGA Professional Championship.

Golf can be a cruel game. Looking for a birdie, Schrader made triple-bogey on the 605-yard 15th.

Like medicine, cruelty comes in different doses. Another triple-bogey followed at the 17th, and a bogey finished his round. He fell from a tie for fifth to a tie for 19th, then lost in a playoff for the final spot that would have earned him a spot at Quail Hollow’s PGA Championship as a top-20 finisher.

Schrader conducted himself with incredible grace even when things went badly during that final round. He showed no anger or outward displays of disappointment in defeat. He kept full composure in front of a nationally televised audience on Golf Channel.

“Playing in Sunriver was a great opportunity and a fantastic experience,” he said. “I learned a lot. It was the coolest week, to play in front of the TV cameras and be treated like a Tour pro. For the most part I played well. Plus, my family was there and I had a chance to renew some old acquaintances and friendships.”

“Looking back, if I could have slowed down my decision-making process over those closing holes things might have been different. But, my faith is a big part of my life and no matter what happened or happens, I am carefree and at peace. I know that I have an audience of one. I might not have been excited with the outcome, but I was pleased with it. It wasn’t meant to be.”

“I know there are bigger things in my life. I had played well. I just hit a couple of shots in the wrong place at the wrong time.”