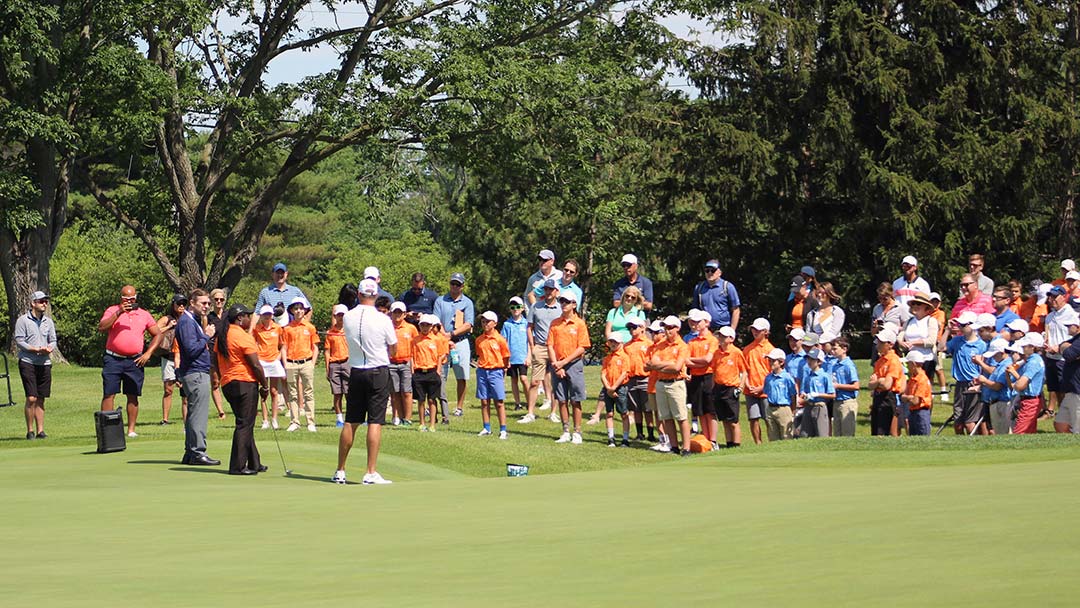 Then it was on to the competition, with the teams playing nine holes on Firestone Country Club’s newly-renovated Fazio Course.

Scoring was tight, so much so that the winner had to be determined in a Shoot-Out between Westfield Country Club and The First Tee – Akron. Then even the Shoot-out was close, as a single shot won it all: Jena Koeberle from the First Tee- Greater Akron hit the shot of the day!

The shot that won it all! Jena Koeberle from the First Tee- Greater Akron hit the shot of the day in the Shootout to take her team to first place! @FirstTeeGrAkron #makegolfyourthing pic.twitter.com/wBUwqMofc1

Congratulations to the inaugural event winners, The First Tee Akron, and to the organizers of a cool new junior event…