The final day of the 92nd Portage County Amateur Championship was exciting as golfers moved up the leaderboard or held onto the top of the leaderboard from their Saturday finish at Windmill Lakes Golf Club, Ravenna

For the second and final day of competition, the Amateur returned to Raccoon Hill Golf Club in Kent.

All three champions of the Women’s, Open and County Divisions were tied or held first place alone going into the second 18-holes.

Jarrod Page is a familiar name to golf fans.

The champion of the County Division played for the Kent State Golden Flashes and worked at Kent State University Golf Course before regaining his Amateur status several years ago.

Page has played in the Amateur, but it is his first victory. He notched the win by beating two former champions in the final pairing, Rob Schustrich of Garrettsville and Bud Radis of Aurora.

Page’s back-to-back rounds of even par bested Schustrich by one stroke,

Schustrich tied Page at even par in the first round at Windmill. He was under-par for his first 18-holes until a four-putt on the final green notched his top-of-the-leaderboard tie with Page.

At Raccoon, Page earned another even-par round, remaining steady to best Schustrich by one stroke on the final day.

Radis had fired a 72 at Windmill but struggled the second day, adding a 76 to tur in a 148 total and finish in fourth place.

And what about third?

Ben Lansinger, former Mogadore standout now competing for Malone University and entering his junior season, put together a stunning round at Raccoon, making the turn at three-under par and maintaining that score for the only under-par round in the County Division to leap into third place after firing a first-round 77.

Rounding out the top five was Luke Radis of Aurora, brother of Bud Radis, who lost to his brother by one stroke and giving Bud Radis bragging rights.

Abbie Retherford competes on the varsity boys team for the Ravenna Ravens. Saturday and Sunday she demonstrated why.

The Women’s Division played more than 6,000 yards at both Raccoon Hill and Windmill Lakes.

Retherford grabbed the lead on the first day and never looked back.

At Windmill, Retherford carded a four-over-par 74 that cleared her nearest competitors by six strokes and then added an 83 for a total 157, nine strokes better than the field.

Retherford had a solid four days of tournament action, taking the runner-up spot in the Matt Mishler Junior Portage County Amateur on Thursday and Friday.

The field of women featured all Portage County stand-outs as Grace Thompson, successful golfer for the Kent Roosevelt Lady Riders who just completed her junior season at Walsh University. Thompson fired rounds of 80-85 for a 165.

Sydnie Leavery just completed her season at Kent Roosevelt with the Lady Riders team that advanced to the OHSAA DI State Tournament. Leavery, tallied rounds of 80-86 for a 166 and third place before she heads to La Salle University to compete for the DI Explorers this fall.

Rounding out the top five, Devon Carpenter of Mogadore, fired a two-day total of 193 and Samantha Miller of Streetsboro totaled 197.

Carpenter was a solid golfer for the Field Lady Falcons. Relatively new to golf, Carpenter still advanced to the OHSAA D2 District her senior year.

Miller was a member of the relatively new Streetsboro Lady Rockets girls varsity golf team and will enter her sophomore season at Muskingum University this fall.

The only two-round score under-par of the entire field at the Portage County Amateur was fired by Gunnar McCollins of Massillon, entering his senior year at Cleveland State University.

McCollins carded a 71 at Windmill to tie for the lead with Blake Hood of Alliance.

At Raccoon, McCollins left the field behind as he fired a two-under-par 69 for a 140 that bested Chris Okeson of Beachwood by six strokes and multiple-time champion Brian Smith of Oberlin by eight strokes.

McCollins round included seven birdies on the way to the championship.

Mike Ritichey, former Crestwood varsity golf coach now of Cleveland took home fourth as he climbed the leaderboard with second round of 71.

Hood struggled at Raccoon but still managed to tie Ritchey, finishing in fifth via scorecard playoff.

Next up for the 2022 Portage County Amateurs is the 52nd Portage County Senior Amateur scheduled for Aug. 27 at Raccoon Hill and Aug. 28 at Windmill Lakes.

The 93rd Portage County Amateur is scheduled to compete July 29-30 at Windmill and Raccoon Hill. 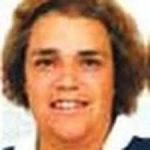