Ian Hardesty from Chardon emerged with the champions crystal after posting a 3-under par 69 in Sunday’s final round of the Zoar Memorial Amateur Championship at Zoar Golf Club in northern Tuscarawas County.

Hardesty bested Darren Phipps of Stow by one stroke.

In the Senior Division, Brad Baker successfully defended his title with a three stroke win over John Perkowski of Dover. The Coshocton County native had the only round under par in the Senior Division with a 71. Jeff Sparks (Cincinnati) finished in third place at 153. Jeff Dean and Kevin Krysty tied fourth at 155, while Joe Denk (Fairview Park) was sixth one stroke back.

Mr. James Troyer, this year’s Honoree, was in attendance on Sunday afternoon to present the awards to the 2018 Champions. 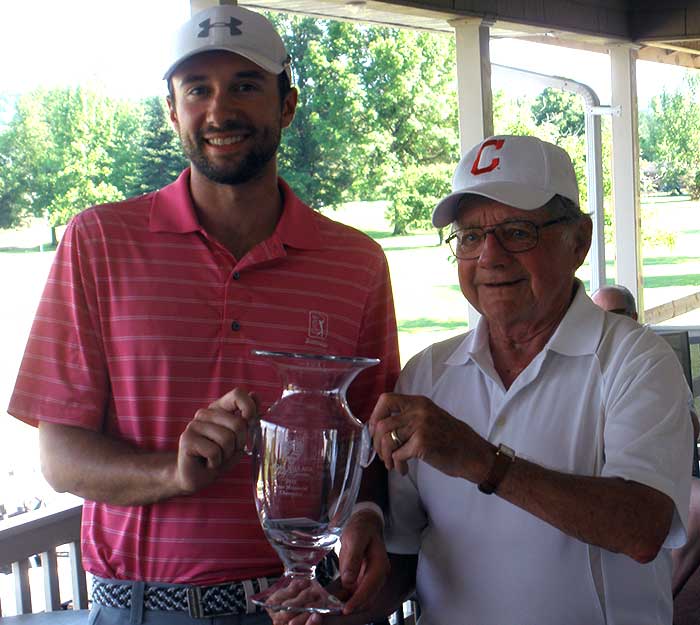 Previous Kent State Men On the Bubble at 2018 NCAA Championships