The final round of the 2018 Yuengling Tuscarawas County Amateur Championship was played Sunday afternoon, September 30th at Zoar Golf Club.

In the Championship Division, Eric Crone from Dover posted a stellar Sunday 67 to claim the champions crystal with a 36-hole total of 7-under par 137. That score was good for a two-shot victory over Mitch Levengood of New Philadelphia, who was second at 139. Zac Drukenbrood of Canton was next at 141, while Tim Hepner and Josh Prok tied for 5th place with 2-under par 142 total. 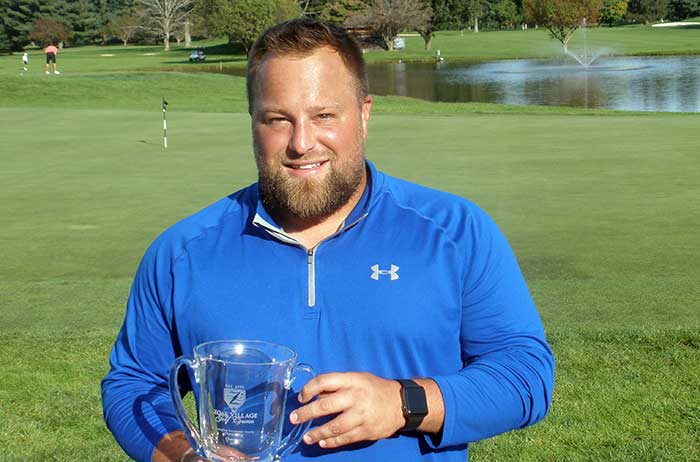 The Second Flight trophy was claimed by Tyler Watkins of Medina (pictured above). His total of 153 was two strokes better than Troy Luckenbaugh from Green. Ryan Alpeter of Pittsburgh was third at 157. Next was Brock Moran at 160, then Curt Bowman (San Antonio, TX) and Tony Zizes (New Philadelphia) were tied fifth at 163. 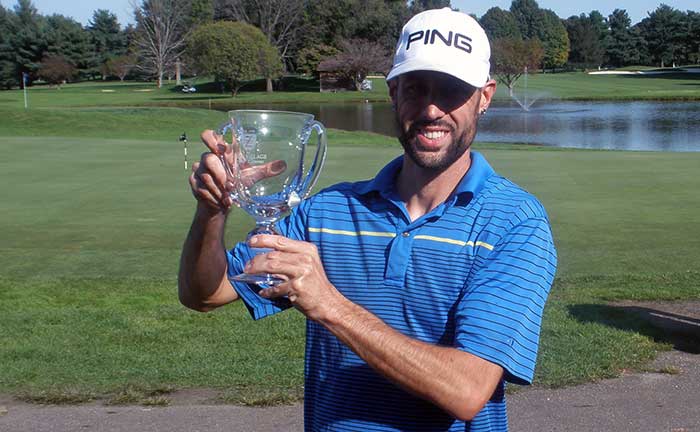 Nick Winters from New Philadelphia (above) won the Third Flight honors with a 161. Steve Riley was second at 172 and Vince Amicone of Dover was next at 174.

There were four skins won on Sunday, good for $70 each: Tim Hepner had two with birdies on #6 and 9; Eric Crone birdied #10, and Kurt Bowman birdied #8.