After Friday’s first round was rained out, every player knew it would be a sprint.

The 2017 Greater Cleveland Amateur Championship was reduced to a 2-day, 36-hole event after two soaking downpours first delayed, then stopped, then completely knocked out play on Friday. (By the way, the Committee’s decision was a valid call by USGA rules, even though some players and spectators questioned it.)

In Saturday’s new first round, seven players posted rounds of par or better under lift/clean/place rules at a soggy Manakiki, including three players who posted 3-under par 69. Even the guys a couple over par would be in the hunt on Sunday if the weather was good.

And it was: just a breath of wind, plenty of sun, and temps in the mid-70s. Manakiki was there for the taking for the finale.

But when none of Saturday’s top 7 went low, Sunday turned into the kind of tournament where players simply try their best to eek out a steady golf win.

After a Saturday score of 2-under par 70, the Viking made pars on his first seven holes of Sunday. But bogies at the tough 8th and tricky 9th put him back to even par for the tournament at the turn.

A pair of pars at the difficult 10th and 11th holes righted the ship. A birdie at the par-5 12th got him going in the right direction. But it was the 17th and 18th that gave McAdoo the win.

On 17, a short iron to 15-feet set up a right-to-left birdie putt that went in the center of the hole. Huge. Back to 2-under par for the tournament and some pep in his step heading to 18.

But a pulled drive a bit up on the left hillside put the ball well below the feet of McAdoo for his second. The tough stance led to a block well right of the green that spun toward the cartpath, leaving a tough pitch to a green that was quickly sloping away.

Somehow McAdoo was able to get his chip onto the green to about 7 feet away on the top side. From there, he rolled home the par putt to post an even par round of 72 for Sunday.

His 142 total ended up being just good enough. 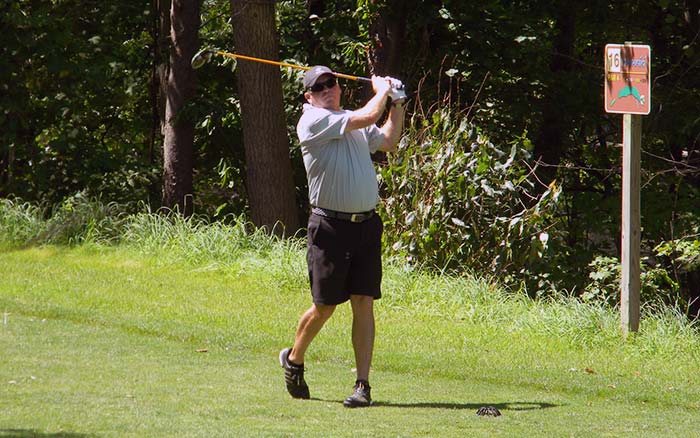 Last week’s Summit County Amateur champ and 2014 Cleveland Am winner Howard Clendenin posted the best round of the day at Manakiki, a 69, to go along with his first round 74. 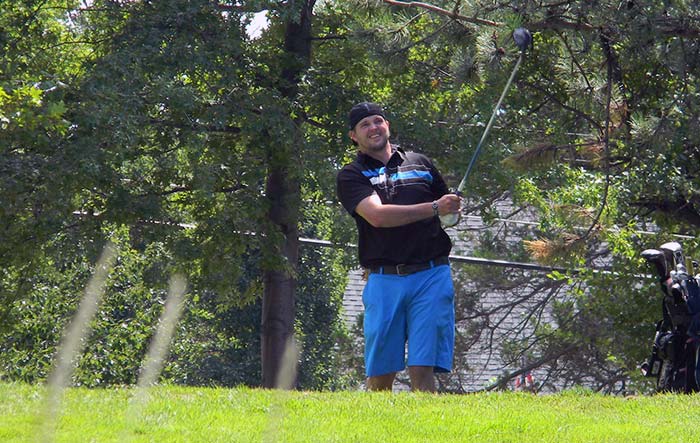 Defending Cleveland Am champ Ryan Stefanski posted a 1-under par 71 Sunday to go along with his Saturday 72. 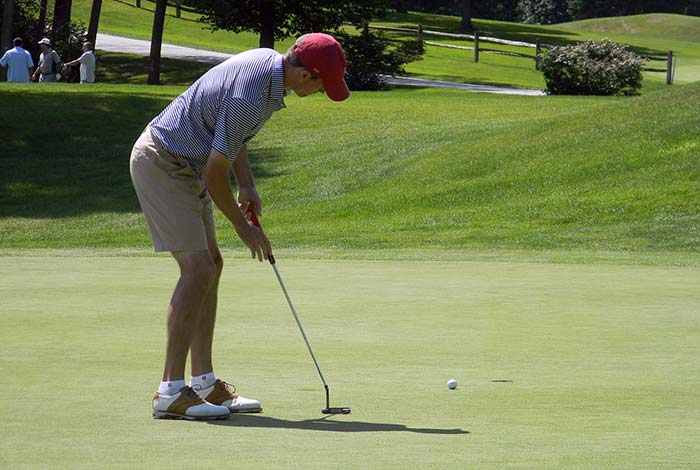 And a former Cleveland State player and first-round co-leader Andrew Bailey fought hard all day, with a number of birdie efforts grazing the hole down the stretch. He managed a Sunday 74.

All three veteran players ended the tournament with a 1-under par 143 total, one shot behind the new champion.

McAdoo joins a host of other Cleveland State players who have won the Cleveland Am, including Norton Brick, Brad Steven, Jake Scott, Steve Weir, Kyle Cobb, and Matt Creech.

The top 10 finishers listed below earned merchandise certificates and an exemption into next year’s Cleveland Am at Sleepy Hollow. Sunday skins winners are posted below as well, but one name is conspicuously absent. 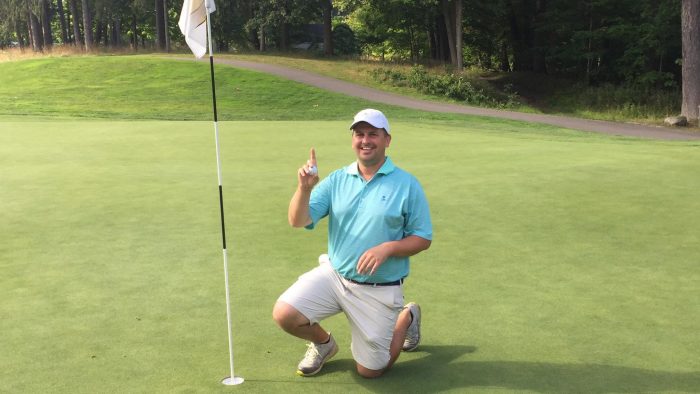 The shot of the day belonged to George Smiltins from Ohio City, pictured above. He used a 5-iron to ace the par-3 7th hole, his first hole-in-one ever. But George did not enter Sunday’s skins game, which cost him a few bucks. (Players, lesson…) 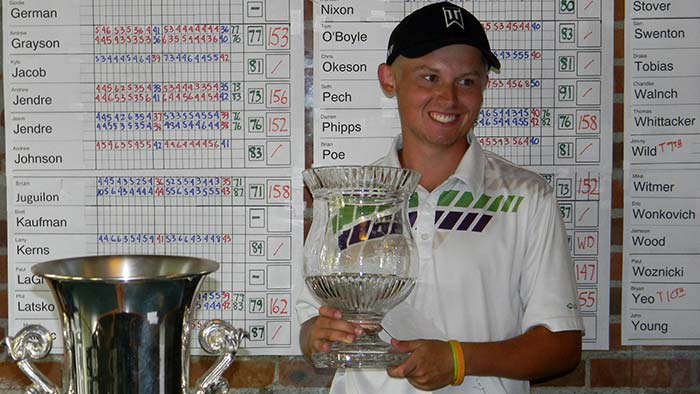 Next Four NEOH Ams Take on Riviera, Bel-Air, U.S. Am