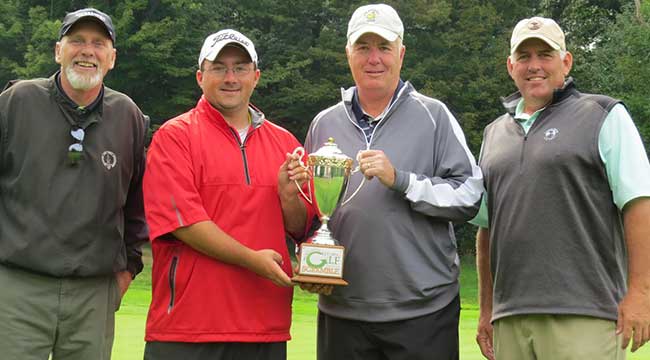 Thanks to birdies on nine of their last ten holes, the team from Oberlin Golf Club of Denny Flood, Bryan Warnica, Norton Brick and DJ Grincewicz secured a one stroke victory with a score of 58 (-13) and the top prize of $2,000 in gift certificates.

Two teams tied for second, with the top seven teams separated by only three strokes.

The event, sponsored by Trailex LED Event Solutions, included many of the Northern Ohio Golf Association’s top players including three-time Player of the Year Brian Smith and 2013 Hall of Fame inductee Doug Hauenstein.

NOGA Interclub Heads to Inverness in May 2022