For the first time in the 17-year history of the awards, two members from the same club earned the NOGA Player of the Year titles.

Brian Smith and Norton Brick – both of Oberlin Golf Club – are the 2012 NOGA Players of the Year.

Smith captured his second NOGA Player of the Year title in the past three years after also finishing third and fourth on the points list in alternate years. His consistent play this season was highlighted by nine top-5 finishes, including victories in the season-long Match Play Championship as well as the Tournament of Champions after firing a 1-under 71 in very wet and challenging conditions. 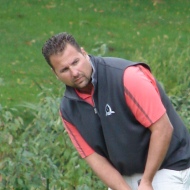 Following another season of consistent play, Brick earned his second consecutive NOGA Senior Player of the Year on the strength of eight top-5 finishes. Brick had three wins this season including his second Northeast Ohio Amateur title in the past three years. He also finished third in the Ohio Senior Amateur and qualified for the 58th USGA Senior Amateur Championship by earning medalist honors with a 1-under 70 during sectional qualifying. 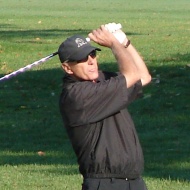 Smith and Brick will be honored during the NOGA Hall of Fame Induction Ceremony on Wednesday, October 24 at Firestone Country Club.

Previous Want to Attend the 2013 Masters on Saturday and Sunday for Just $100?