The final night of the season at the Greater Cleveland Skins Game was a quiet one for Steve Blackburn Jr. of Willowick — at least until he popped the bottle of champagne to celebrate winning the Thompson Cup.

Even though he made three birdies in nine holes, Blackburn Jr. failed to capture a skin on the last night of the year at Powderhorn Golf Course in Madison. But he still held on for victory in the season-long championship race.

For the year, Blackburn Jr. earned a total of nine skins and a record nine pin shots while capturing his fourth title as the Greater Cleveland Skins Game Champion. He finished with a season-leading total of $1,621. 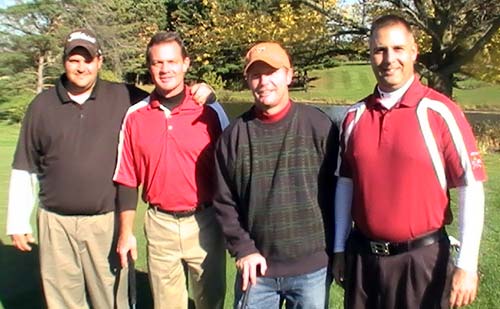 Following tradition, the leaders teed off in the final foursome together as pictured above: Dave Sotka, Mark Foss, Mark Borlin and Steve Blackburn Jr. Foss had the only realistic chance of catching Blackburn Jr. for the Thompson Cup, but he was unable to make a birdie on the night.

Dave Sotka and Mark Borlin did cash in, though. Sotka made a skin with a birdie on the long 450-yard par-four 10th hole, while Borlin cashed by making a deuce on the 170-yard par-three 14th hole. The skins were worth $253 each.

Erron Gomez captured both pin shots on the night, worth a total of $154.00

Afterwards, Blackburn remarked, “I played great at the beginning of the year, but my game dropped off at mid-season and I was disappointed in the way I played at the Cleveland Amateur. However, I ended the year on a high note winning two 2-person tournaments which helped me gain momentum to capture my fourth Thompson Cup.”

Sotka, from Chardon and last year’s Greater Cleveland Skins Game Champion, moved up to fourth place in the standings with his skin on the night, and Borlin ended up in second place with his fine finish. 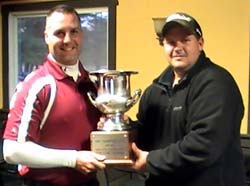 Awards were made after the round. The traditional champagne toast was made to honor Blackburn Jr. as the 2012 Champion. The winner always buys the champagne and we could all tell afterwards that Blackburn Jr. spared no expense in purchasing this year’s bottle!

Mark Borlin was recognized as the most improved player with his excellent performance at the Cleveland Senior Amateur finishing second, and his leap up the leaderboard in the 2012 Greater Cleveland Skins Game.

Thanks to Sean Kreft of Mulligan’s Pub in Highland Hts and Bob Sotka Painting of Chardon for being the 2012 sponsor of the Greater Cleveland Skins Game. A bonus pool of $1,500 was awarded to the top 10 players of 2012 with Blackburn Jr. also winning first place and taking home the Mulligan’s Cup as well. 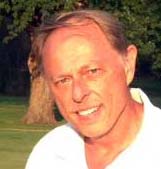