Bailey, Gutowski Win Their Way into Round of 16 at U.S. Mid-Am Cleveland’s Andrew Bailey and Akron’s Ryan Gutowski both won two matches yesterday in the U.S. Mid-Amateur Championship, and compete today in the Round of 16 at Erin Hills Golf Club in Wisconsin. 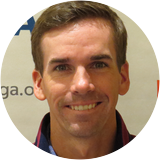 Bailey won 1-up in his first match over 61-seed John Quigley of Sterling Heights, MI. In the afternoon, he earned a blow-out win of 4&3 over 29-seed Ryan Plitz of Phoenix. 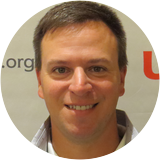 Gutowski won his Round of 64 match 2-up over 53-seed Harry Bolton of Australia then needed 20 holes in the Round of 32 to top the 21st-seeded Jeff Hamm of Walnut Creek, CA.

This morning, Bailey plays the 13th-seeded Chad Wilfong of Charlotte, NC, while Gutowski goes up against the 5th seed Hugh Foley of the Republic of Ireland.

Should both players win their Round of 16 matches, they will face each other in the Quarter-Finals this afternoon!